Fonts are important to give language a design and branding. Fonts turn words into impactful triggers on an audience’s different senses. Font psychology and choice are something a communicator can’t afford to overlook.

Did you know that fonts were originally created by hand? Printers would arrange the letters and characters in their (work)shop and so a font was often named after the printer who created it. Take Garamond, named after the French printer Claude Garamonde. Or Bodoni, named after the Italian typographer Giambattista Bodoni: Their fonts are still in use today. Classic and universally recognizable.

Giving font selection careful thought when (re)designing your brand, website, brochure or other collateral is as important today as it was back then. What would fonts say about themselves if they could speak?

“My name is Times New Roman > I am not original”
“My name is Comic Sans > People do not take me seriously”
“My name is Helvetica > I look good in everything: From email, to PPT slides or as the Mac system font” 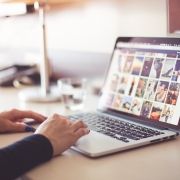 Did you know: Remote working 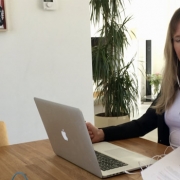 Did you know? Pixelhunter
Scroll to top